The death toll from Sunday's capsize of a passenger water vessel in a river near Bangladesh's capital Dhaka increased to 27, said official sources on Monday.

"We have recovered a total of 27 bodies, and the rescue operation was completed at 1 p.m. local time [0700GMT]," Commodore Golam Sadeq, the chairman of Bangladesh Inland Water Transport Authority, told Anadolu Agency. 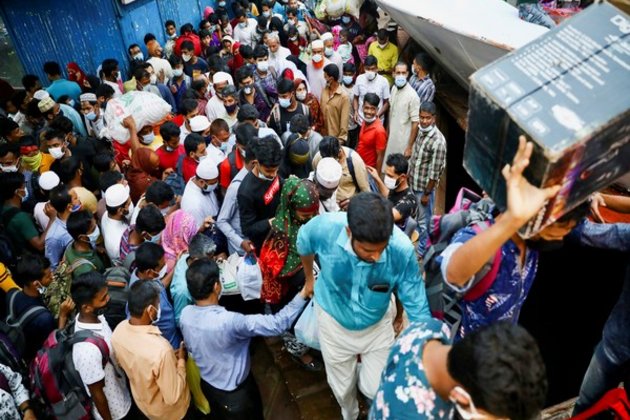 According to eyewitnesses and available reports, the passenger water vessel, named ML Sabit Al Hasan, capsized on Sunday evening after colliding with a cargo ship on the Shitalakshya River, around 30 kilometers (18 miles) from Dhaka.

Many passengers were able to swim ashore safely, but a significant number of them, mostly women and children, were unable to do so.

The rescue team, comprising members of the country's naval force, Coast Guard, fire service, and police recovered five bodies on Sunday from the sunken vessel that was carrying approximately 50 passengers at the time of the accident.

Another 22 bodies were retrieved on Monday, while the capsized vessel was recovered and pushed to shore, the official said.

Two probe bodies have been formed to investigate the causes of the accident with a direction to file the reports within five working days.

Meanwhile, authorities concerned, as well as eyewitnesses, have blamed the cargo ship as mainly responsible for the accident.

"Reckless and inattentive driving of the cargo ship has been primarily detected as the cause of the accident," Sadeq told Anadolu Agency responding to a query on primary findings.

On June 29 last year, 34 passengers were killed in another launch capsize due to a collision between two passenger vessels in the Buriganga River in Dhaka.

The South Asian delta is a riverine country crisscrossed by hundreds of rivers, including some major ones such as the Padma, Meghna, and Jamuna.

Thousands of passengers, mostly from the country's south, use waterways to connect with Dhaka and other districts.

According to records of the country's Shipping Department, over 3,600 people died and nearly 500 went missing as a result of the capsizing of more than 550 passenger vessels in 1991-2020.

Seasonal natural calamities such as storms and cyclones, vessel fitness issues, unskilled driver, and passenger overload are the main causes of those accidents.

Meanwhile, the Pakistani government has expressed its profound sorrow over the loss of precious lives in the Shitalakkhya River incident. "Heartfelt condolences to the government and brotherly people of Bangladesh and the bereaved families," said a statement issued by the Foreign Office in the capital Islamabad.