Larry Bird and Magic Johnson rivalry began 42 years ago today.. A look back..

On March 26, 1979, when I was 8 years old, my uncle and my mom's cousin went to the Special Events Center on the campus of the University of Utah (my alma mater, woot!) to watch Larry Bird's Indiana State Sycamores battle Earvin "Magic" Johnson's Michigan State Spartans in the NCAA title game.

As a burgeoning college basketball fan then ... boy, wish I could have been there, you kind caring gents. Oh, well. Glad you were and wish you were still around, Scott. Miss ya during these days when it would have been nice to revisit.

Anyhow, the Bird-Magic rivalry started then, changed college basketball forever (read: March Madness, brackets, etc.), saved the NBA and eventually led to many epic Celtics-Lakers Finals, but also to a friendship, commercials and even playing as teammates on the 1992 gold-winning Olympic team. Oh, plus a Broadway play based on their careers.

Here are some good images from those years since 1979. 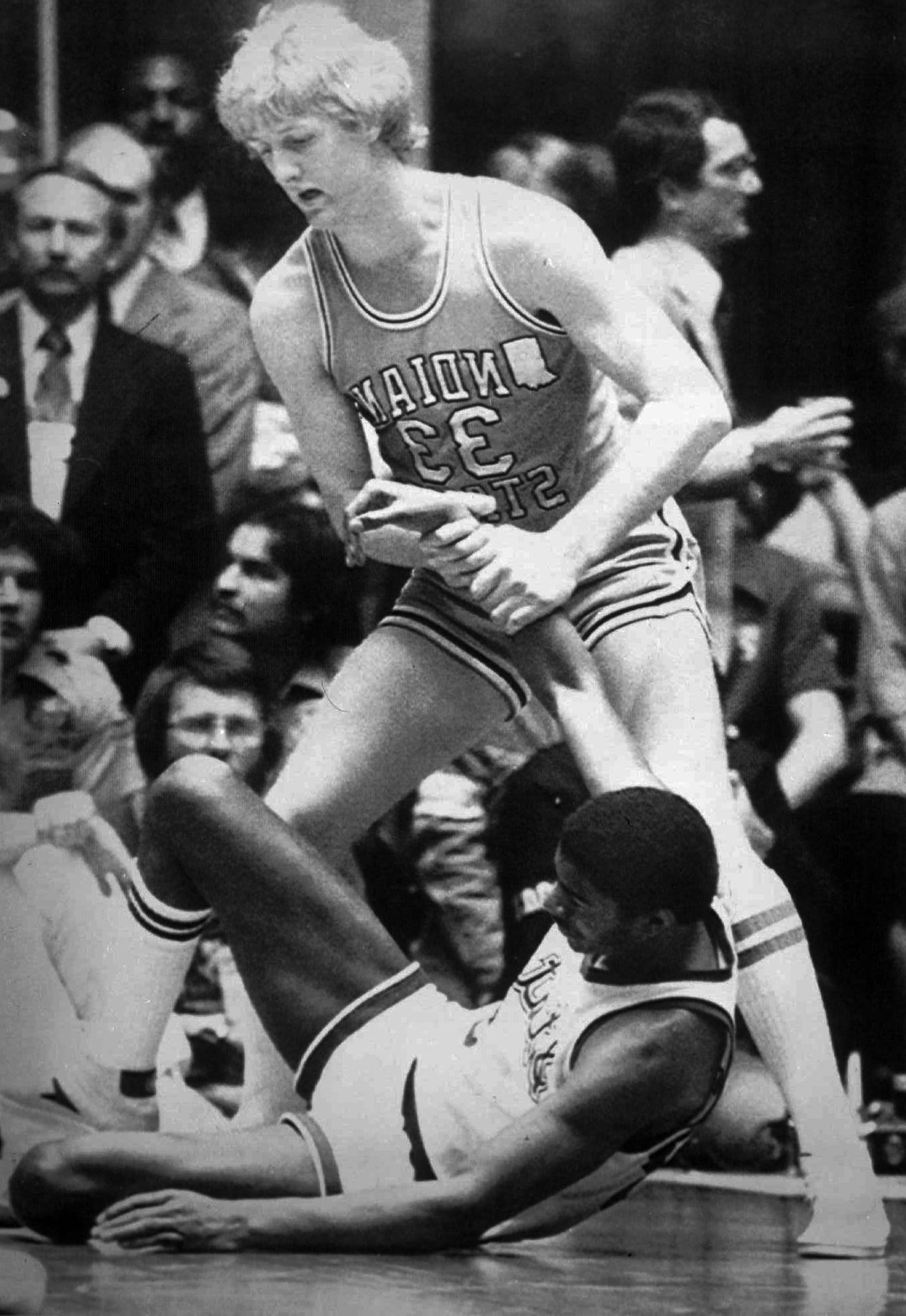 March 26, 1979: Magic smiles/complains at a ref after being called for a foul

March 26, 1979: Bird tries to make a pass after scrambling for the ball against Magic

Sept. 27, 2002: Bird busts up Magic prior to Johnson's Hall of Fame induction ceremony

April 6, 2009: On the eve of Michigan State's championship final loss to North Carolina

Nov. 22, 2009: Laughter as they are inducted into the National Collegiate Basketball Hall of Fame

June 24, 2019: Accepting their lifetime achievement trophies at the NBA Awards