Matt Gaetz Is Said to Face Justice Dept. Inquiry Over Sex With an Underage Girl

Rep. Matt Gaetz (R-Fla.), one of the nation's rising-star conservative firebrands, told Axios he is under federal investigation for sexual activity with women, and fears being criminally charged.

What he's saying: "The allegations against me are as searing as they are false," Gaetz said in a 13-minute phone interview with Axios. "I believe that there are people at the Department of Justice who are trying to criminalize my sexual conduct, you know when I was a single guy."

The big picture: Gaetz, 38, said the specifics of the allegations are "unclear," and he said he's been told "very little." But the New York Times reported late Tuesday afternoon that the Justice Department is investigating Gaetz "over whether he had a sexual relationship with a 17-year-old and paid for her to travel with him."

"The allegations of sexual misconduct against me are false," Gaetz told Axios. "They are rooted in an extortion effort against my family for $25 million ... in exchange for making this case go away." 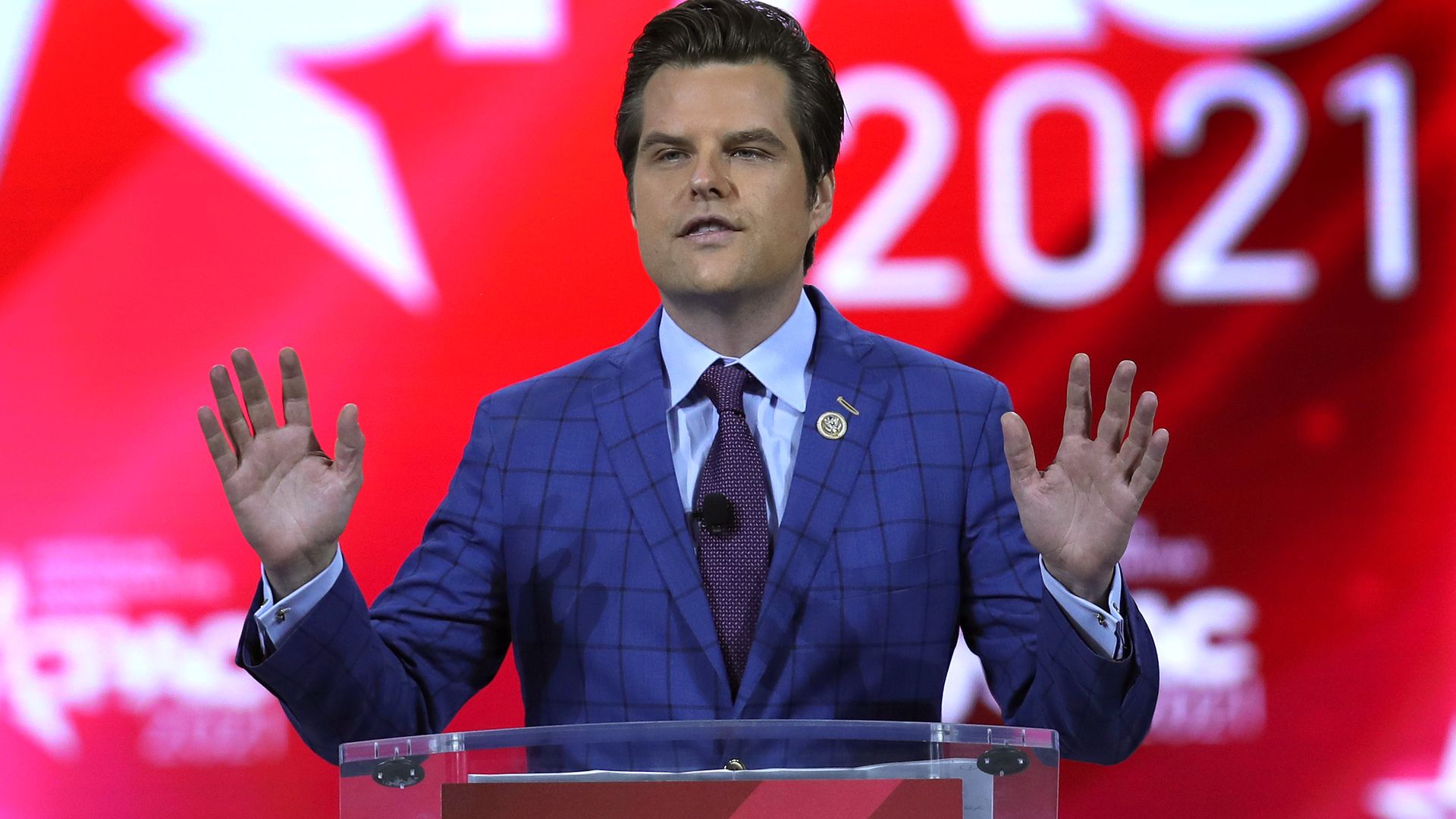 Gaetz sent Axios screenshots of text messages, emails and documents outlining the alleged extortion scheme, which he claimed was being run by a former DOJ employee. The Justice Department declined to comment.

Sounding shaken, Gaetz said that for weeks, he and his father been working with the FBI in the Northern District of Florida on the extortion case. Gaetz said his lawyers were informed by the Justice Department that "I was not a target but a subject of an investigation regarding sexual conduct with women."

Asked what the charges could relate to, Gaetz said: "I have definitely, in my single days, provided for women I've dated. You know, I've paid for flights, for hotel rooms. I've been, you know, generous as a partner. I think someone is trying to make that look criminal when it is not."

Gaetz said he was "absolutely" confident none of the women were underage.