Pope Francis said that the pandemic is still spreading, while the social and economic crisis remains severe, especially for the poor..

Pope Francis urged countries in his Easter message on Sunday to quicken distribution of COVID-19 vaccines, particularly to the world's poor, and called armed conflict and military spending during a pandemic "scandalous".

Coronavirus has meant this has been the second year in a row that Easter papal services have been attended by small gatherings at a secondary altar of St. Peter's Basilica, instead of by crowds in the church or in the square outside.

After saying Mass, Francis read his "Urbi et Orbi" (to the city and the world) message, in which he traditionally reviews world problems and appeals for peace.

"The pandemic is still spreading, while the social and economic crisis remains severe, especially for the poor. Nonetheless – and this is scandalous – armed conflicts have not ended and military arsenals are being strengthened," he said.

Francis, who would normally have given the address to up to 100,000 people in St. Peter's Square, spoke to fewer than 200 in the church while the message was broadcast to tens of millions around the world.

The square was empty except for a few police officers enforcing a strict three-day national lockdown.

The pope asked God to comfort the sick, those who have lost a loved one, and the unemployed, urging authorities to give families in greatest need a "decent sustenance".

He praised medical workers, sympathised with young people unable to attend school, and said everyone was called to combat the pandemic.

"I urge the entire international community, in a spirit of global responsibility, to commit to overcoming delays in the distribution of vaccines and to facilitate their distribution, especially in the poorest countries," he said.

Francis, who has often called for disarmament and a total ban on the possession of nuclear weapons, said: "There are still too many wars and too much violence in the world! May the Lord, who is our peace, help us to overcome the mindset of war."

Noting that it was International Awareness Day against anti-personnel landmines, he called such weapons "insidious and horrible devices ... how much better our world would be without these instruments of death!"

In mentioning conflict areas, he singled out for praise "the young people of Myanmar committed to supporting democracy and making their voices heard peacefully". More than 550 protesters have been killed since a Feb. 1 military coup in Myanmar, which the pope visited in 2017. 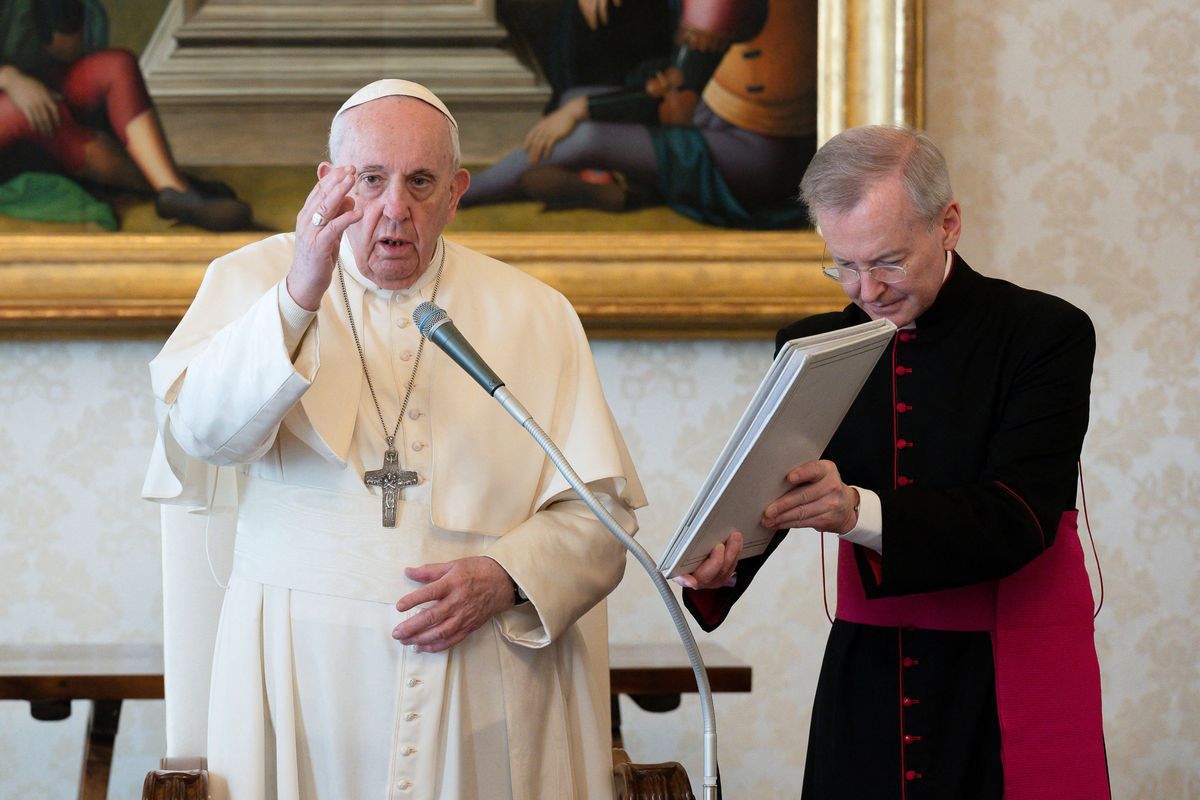 Francis called for peace in several conflict areas in Africa, including the Tigray region of northern Ethiopia and the Cabo Delgado province of Mozambique. He said the crisis in Yemen has been "met with a deafening and scandalous silence".

He appealed to Israelis and Palestinians to "rediscover the power of dialogue" to reach a two-state solution where both can live side by side in peace and prosperity.

Francis said he realised many Christians were still persecuted and called for all restrictions on freedom of worship and religion worldwide to be lifted.