The Duke of Edinburgh - Prince Philip - has died, Buckingham Palace has said.

A statement from Buckingham Palace said: "It is with deep sorrow that Her Majesty The Queen has announced the death of her beloved husband, His Royal Highness The Prince Philip, Duke of Edinburgh. His Royal Highness passed away peacefully this morning at Windsor Castle."

The Duke was married to Queen Elizabeth II for more than 70 years and became the longest-serving consort in British history.

This statement was published by the palace today 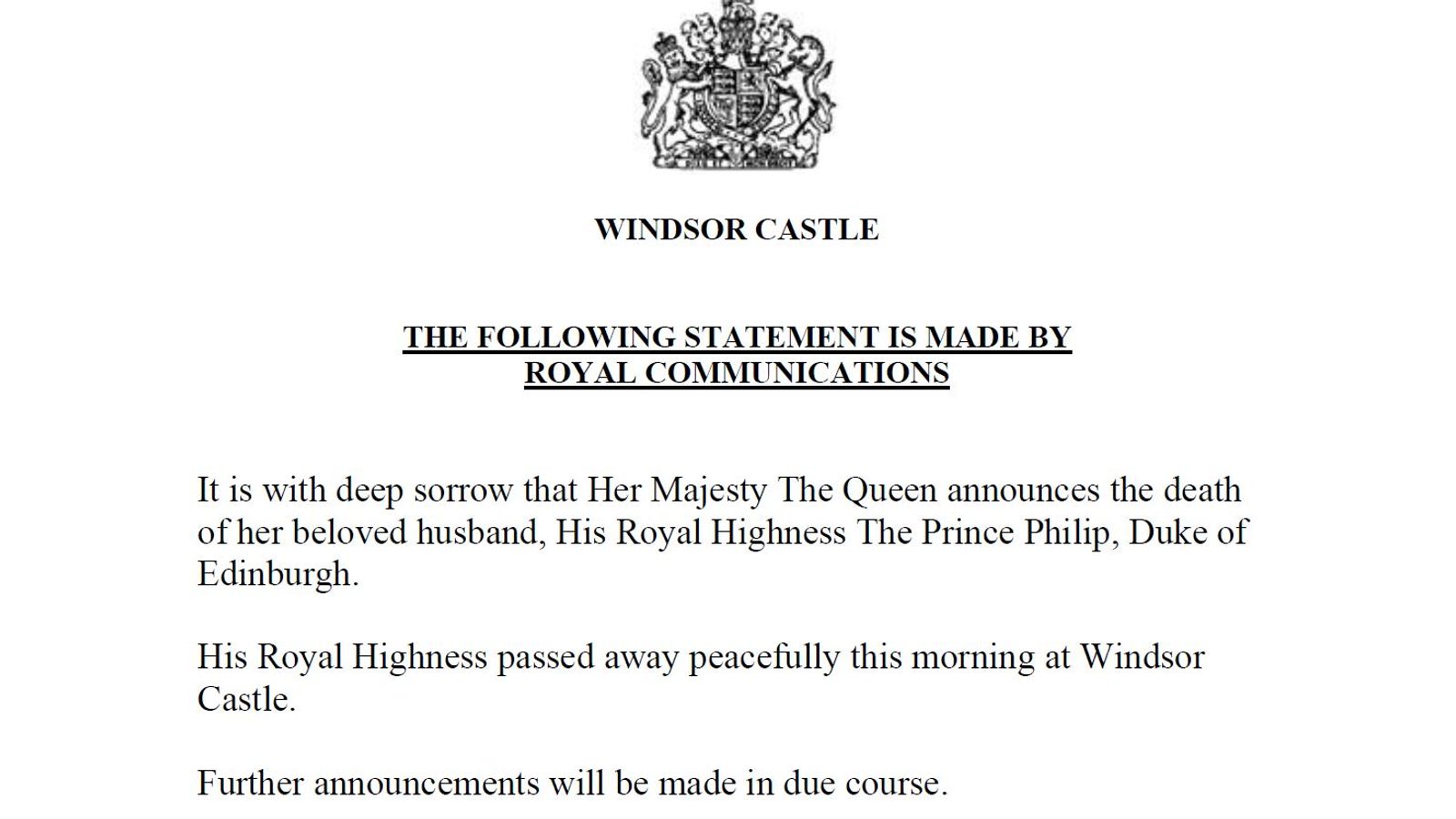 Into his 90s he carried out a busy programme of public engagements, reflecting his own charitable interests.

He also travelled around the country supporting the Queen, both on state occasions and royal visits.

For a man of his age he enjoyed relatively good health.

He was taken to hospital over Christmas in 2011 for treatment for a blocked artery.