The top-ranked Gonzaga Bulldogs faced a tough challenge but prevailed in overtime against the UCLA Bruins in the Final Four at the NCAA men's basketball tournament in Indianapolis, Indiana, and will square off against Baylor in the championship game Monday night. Gonzaga guard Jalen Suggs sank a long three-pointer at the buzzer to send the Bulldogs to the championship game with a 93-90 win. 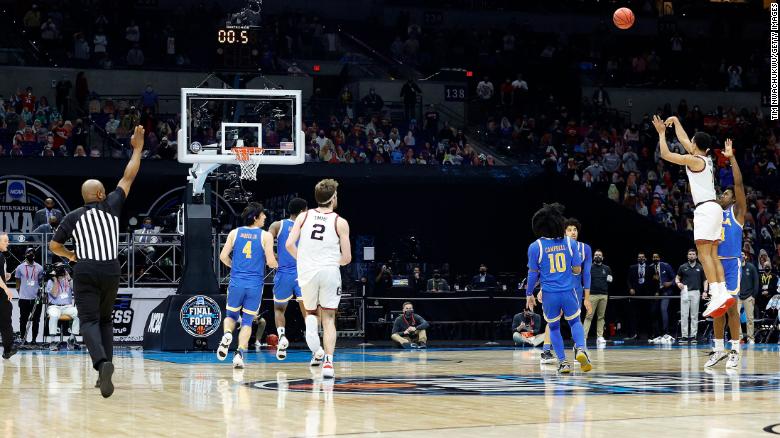 The game was close throughout, with frequent lead changes before the two teams finished regulation tied at 81 points. With the score tied at 90 in the final seconds of overtime, Suggs' miraculous shot secured the win and helped Gonzaga extend its perfect record to 31-0. This was only the second time in Bulldogs' 31 games this season that the team won by fewer than 10 points.

Gonzaga big man Drew Timme drew a critical offensive foul against UCLA guard Johnny Juzang in the final seconds of regulation to send the game to overtime, then scored Gonzaga's first 6 points in overtime to cap a tremendous performance. Timme totaled 25 points in the game to lead Gonzaga, which saw all five of its starters score in double figures. 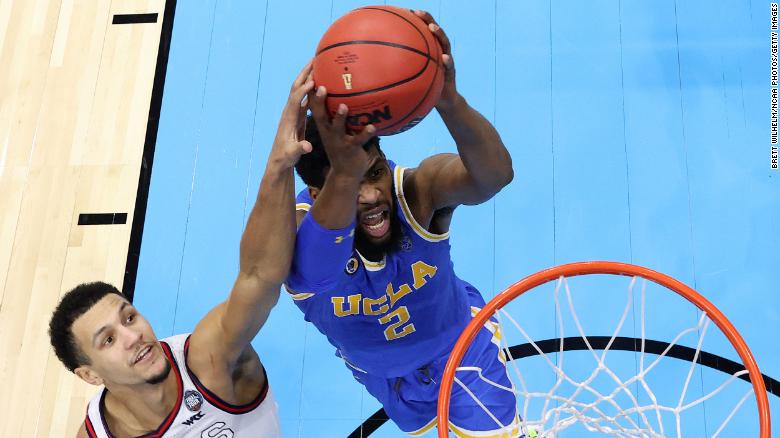 UCLA's inspired attack was led by Juzang, who keyed the Bruins with 29 points to lead all scorers in the game. UCLA, whose journey began in the First Four against Michigan State, finished an impressive run with the school's 19th trip to the Final Four.

Earlier, the Baylor Bears advanced to the national championship game after cruising past the Houston Cougars 78-59.

Baylor ran out to a massive 45-20 lead at halftime and held the Cougars at bay in the second half. Baylor's Jared Butler finished with a team-high 17 points, and Davion Mitchell added 12 points.